Knowledge Bowl competitions consist of two different portions. First, everyone competing takes a written test. There are sixty questions on the test and individuals are given fifty five minutes to complete it. Based on those test scores, teams are placed into different rooms.

The oral rounds take place in these rooms. There are four rounds of oral, or buzzer, and each round consists of forty five questions. All points are cumulative, and at the end of the meet, whichever team has the most points wins.

Many students participated in this meet, such as the team ‘Hopefully Not Last Place’, consisting of Colin Dosedel, Dominic Phillips, Evan Epple, Matt Deavan, and Tony Berg. Reflecting on the competition, Colin Dosedel said, “The meet went pretty well, but there were some struggles because we are a JV team and this was a varsity meet.” 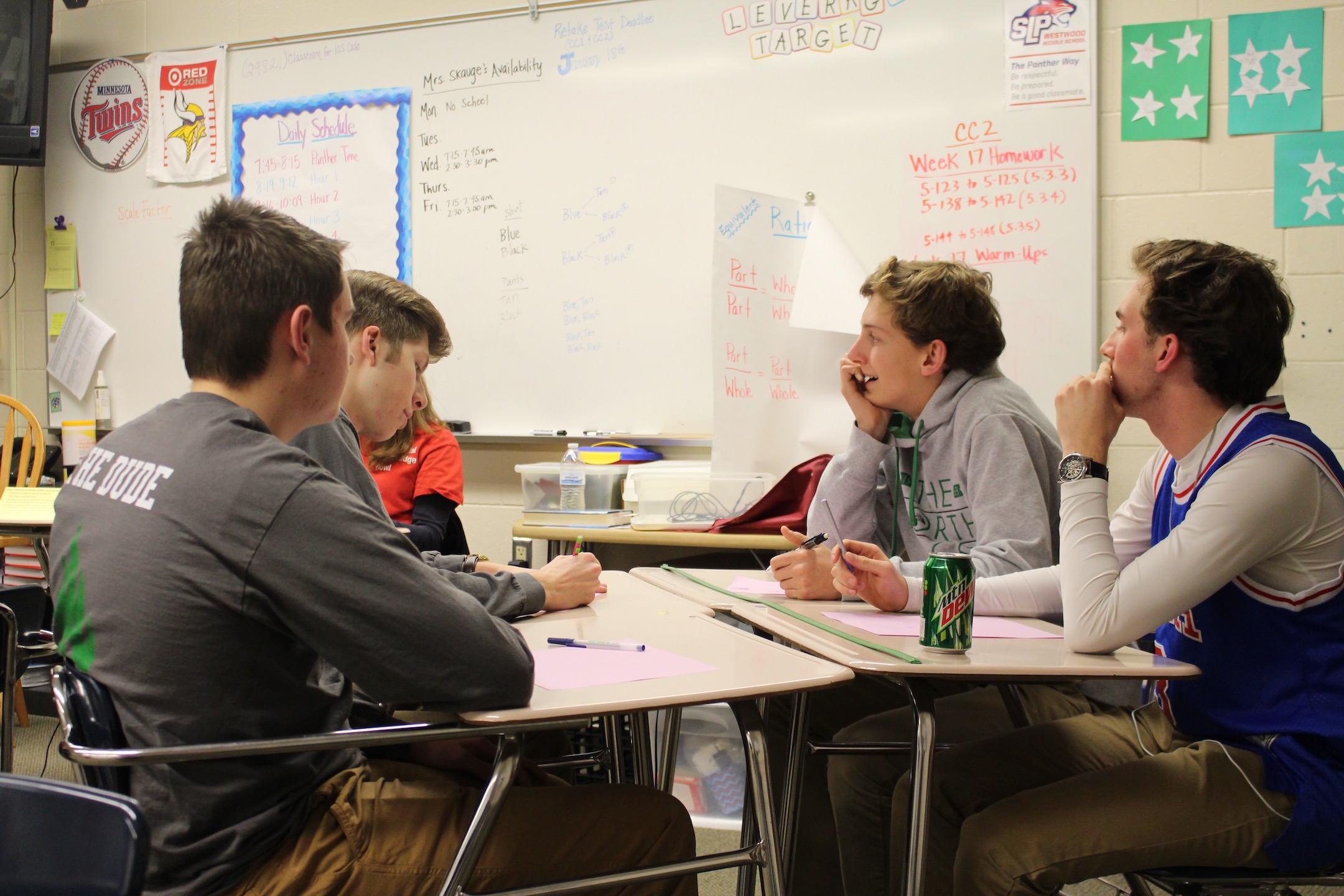 The team ‘Hopefully Not Last Place’ during yesterday’s competition.

Participation in Knowledge Bowl has grown over the years, drawing students from all grade levels at Holy Family. For this particular meet, Holy Family sent two senior teams, one junior team and one sophomore team.

Sophomore Dominic Phillips said Knowledge Bowl “is fun because it’s an opportunity to challenge myself with things I might not otherwise have known. It’s also fun to work as a team with friends outside the context of sports. My highlight of the season so far is getting third place at the first meet.”

The team’s next competition is at Holy Family on January 31st.

This article originally appeared in the school’s online newspaper, The Phoenix.